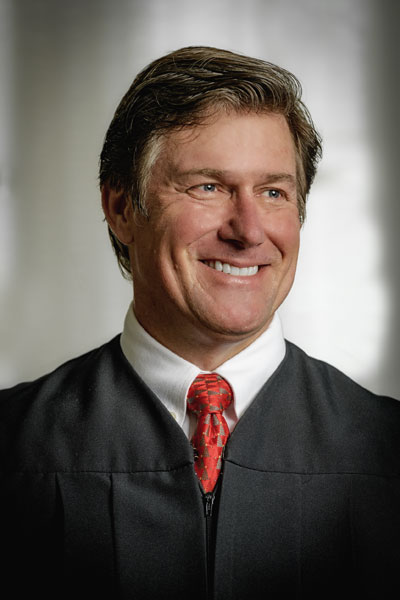 HONORABLE HANS J. LILJEBERG is a Judge in the Louisiana Fifth Circuit Court of Appeal. His legal career began in the litigation section of the Jefferson Parish Attorney's Office, and then became a prosecutor in the Jefferson Parish District Attorney's Office in 1999 while maintaining a civil law practice. He was elected to the Twenty-Fourth Judicial District Court in 2002 and re-elected without opposition in 2008. While on the district court bench, Judge Liljeberg served in various positions on the court's management committee for many years culminating as Deputy Chief Judge. He was elected without opposition in 2012 and 2022 to the Fifth Circuit Court of Appeal. He serves as an adjunct professor in the Tulane Business School and frequently serves on the teaching faculty at the LSU Law School trial advocacy program. He has received numerous awards during his judicial career including the Victim and Citizens Against Crime's Outstanding Jurist Award and the Crimefighters' Judicial Award.Â