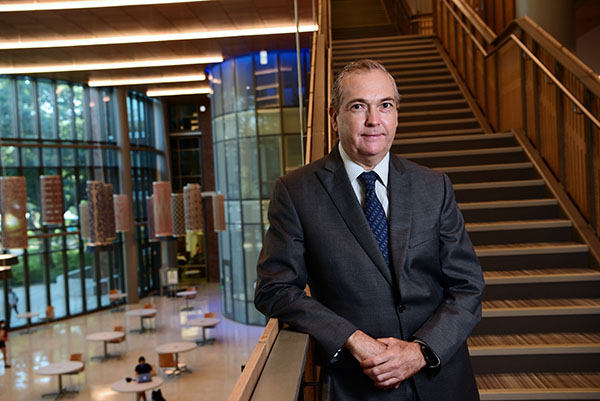 Mauricio Gonzalez serves as Professor of Practice at the A. B. Freeman School of Business of Tulane University where he is also the Executive Director of the Goldring Institute of International Business. Previously, Gonzalez served as Dean of the School of Business for the Northern Region at Tecnologico de Monterrey in Mexico. Mauricio GonzÃ¡lez has over 30 years of teaching and consulting experience as well as on managing university processes. He specializes in globalization issues and the consciousness of modern enterprises. Mauricio Gonzalez served as a member of the Board of the AACSB between 2012 and 2015. In 2012 he was part of the Latin American council for this organization, he also served at the board of the Monterrey city digital hub between 2018 and 2020